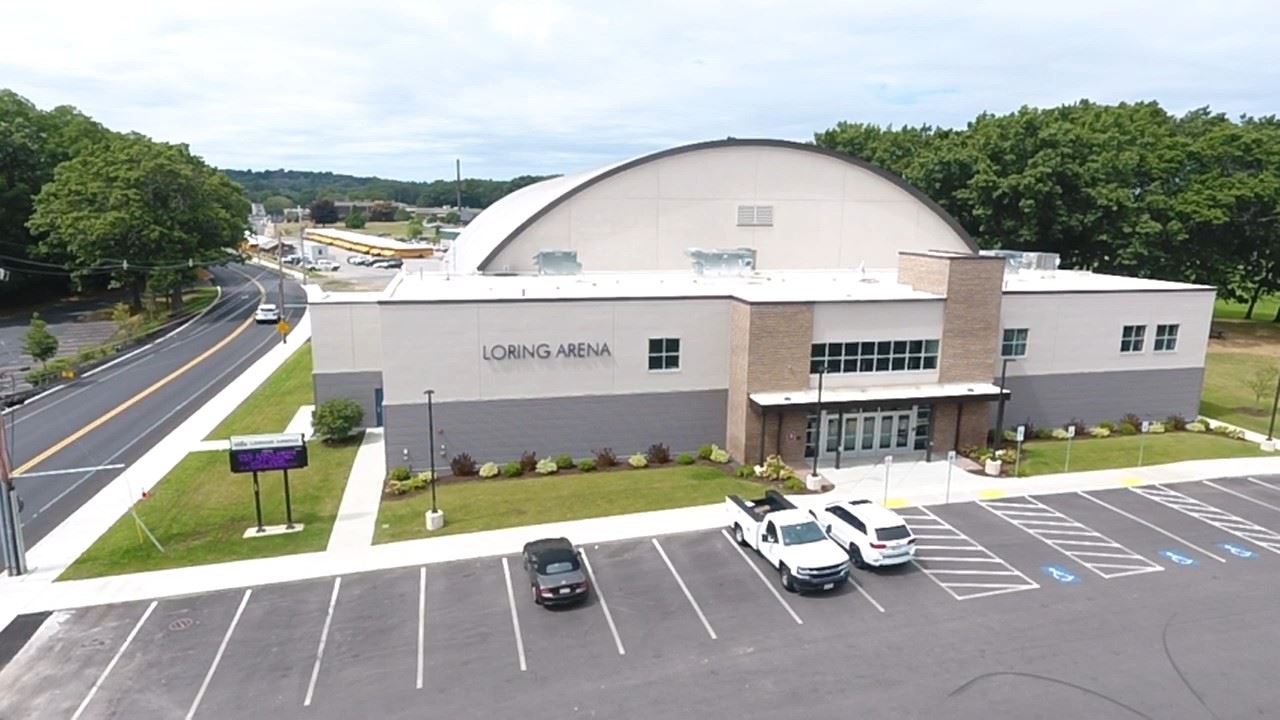 Appropriate capital investment over the years has kept the arena’s major infrastructure well preserved. However, the original construction materials and design layout presented challenges related to the following:

A final design contract was executed with BH+A of Boston after final design and construction funds were appropriated through Town Meeting in the spring of 2015. In the fall of 2016 the construction bid was awarded to Lupachino/Salvatore Inc. of Bloomfield, CT. Construction began in May of 2017.

Check out the Grand Re-Opening of Loring Arena held on September 16, 2019