Pursuant to Section II.B, III.E, IV.B., IV.E., VI.E., and VI.F of the Framingham Zoning By-Law the Framingham Planning Board held a series of public hearings to consider the applications of The TJX Companies, Inc. for a Modification to an approved Site Plan Decision dated January 5, 1999, and previously modified on January 5, 2014; Modification to an existing Special Permit Decision dated January 5, 1999, and previously modified on January 5, 2014; Special Permit Land Disturbance; and Special Permit for Dimensional Relief to Off-Street Parking Design Standards. The applicant intends to construct a 6 story parking structure under a 1 story (53,915sf) conference center with an enclosed walkway to the main campus building; along with landscaping; infrastructure, off-street parking, and associated site improvements. The property is located in the General Manufacturing (M) Zoning District and the Regional Center (RC) Overlay District and is listed as Framingham Assessor's Parcel ID: 073-88-1256-000, 073-78-6441-000, and 084-77-8873-000. 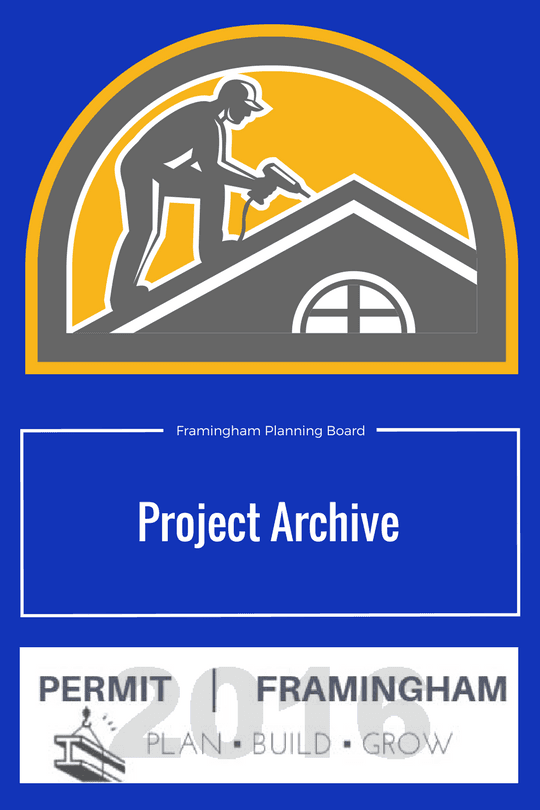 Follow the Project Archive image above to be redirected to the 2016 Archive webpage.

Follow the Plan-Build-Grow Logo below to access the project application, legal ad, site plans, decisions, and other important documents related to the project.

Do you have Questions or Comments?

This is not a complete copy of all documents within the project file - for a copy of additional information please submit a records request through the Request a Public Records portal.