The existing water mains are 60 to 130 years of age and are near the end of their useful life. Replacement is needed to ensure adequate fire protection and domestic water supply. The sewer pipes are also 50 to 100 years old, undersized, susceptible to high infiltration rates and frequently experience blockages. The storm drains are approximately 100 years old, and in need of increased capacity to carry upstream flow and address flooding concerns.

The Union Avenue Utilities Improvement Project - Contract 1 work began in 2016 and was completed in May of 2018, which included water, sewer, and drain improvements between Main Street and Walnut Street.

Construction will resume the week of April 6, 2020. This season will focus on water improvements along Pearl Street between Franklin Street and Lincoln Street.

Information regarding traffic detours will be updated as the project progresses. Access to all properties along the affected routes will be maintained via detour routes.

Construction is scheduled to begin the week of April 6, 2020. Pearl Street will be closed to traffic Monday - Friday, 7 AM to 4 PM.

PLEASE NOTE: THERE WILL BE NO PARKING ALLOWED on Pearl Street (between Lincoln Street and Franklin Street).

Please reference detour map below, click on the photo for an enlarged view. 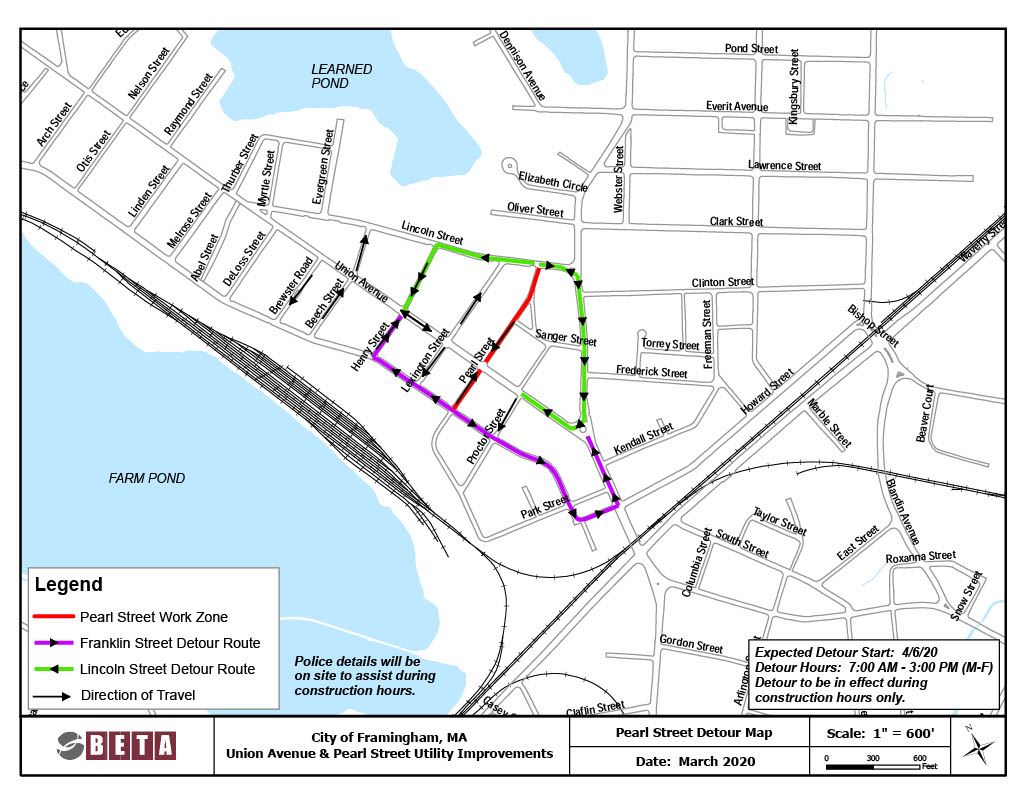 In March 2019, City staff and consultants  presented plans for upcoming improvements of water, sewer, and drainage systems, and repaving of Union Ave. between Walnut St. and Beech St. and in the hospital area (Thurber, Learned, Myrtle, Evergreen, and Lincoln Streets.).

Staff also presented planned improvements of water and sewer systems, and repaving of Union Ave. between Beech St. and Proctor St. and Pearl St. between Franklin St. and Lincoln St.